British food has become more than just your meat and two veg as international flavours are influencing home cooking.

Research by Simply Beef and Lamb has found that British people, especially children, are more adventurous at mealtimes.

The Michelin starred chef Mark Sargeant has been working with Simply Beef and Lamb to create some easy lamb recipes and spoke to Siren FM about the changes in our tastes. 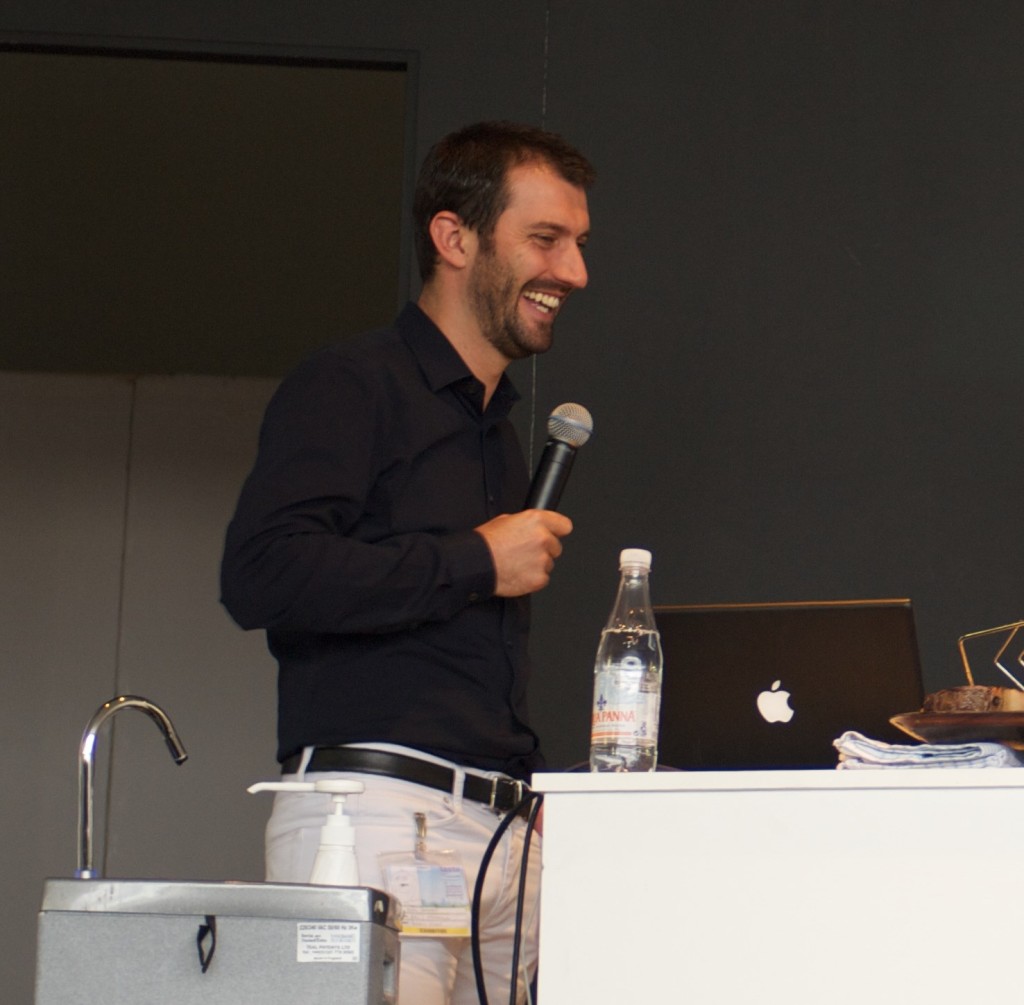 Tagines, curries and enchiladas are just some of the international dishes that have become popular in our kitchens. Research found that parents are also making these dishes for their children, admitting that their kids are eating more exotic foods than they did at their age.

Mark encourages children to try new foods and says: “I get very excited by the prospect of my daughters growing up with a really wide and varied palate. It’s very important for me to get in there at a young age and that wasn’t done so much certainly when I was younger.”

Being creative in the kitchen helps when it comes to being more adventurous with food. Mark says: “That’s where it’s so good to be relaxed in the kitchen. Understand that you’ve got a lovely piece of lamb and understand what goes with it and what you like and hopefully you’ll end up with some really good adventurous recipes.”

Mark’s top tips when it comes to cooking lamb this spring are:

You can listen to the full interview with Mark Sargeant below. This interview was originally broadcast on Siren FM.

Excitingly one of my cake recipes has been published in a local recipe book. 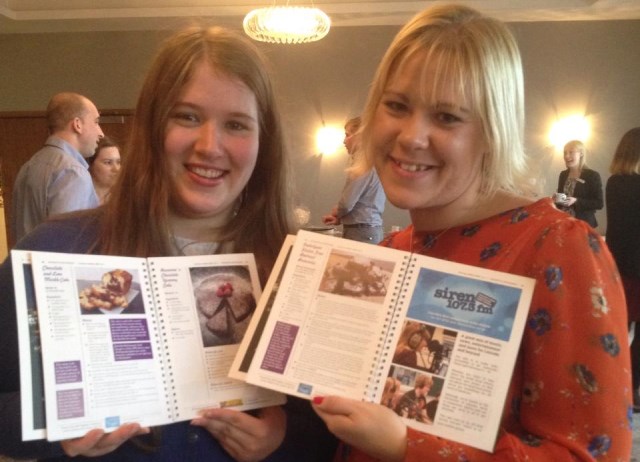 The Cooking to Save Lives book has been published by the Lincolnshire based first aid charity Lives. Over a couple of months they collected recipes from local restaurants, cafes and people to create this guide to the county’s food.

Back in the summer Steve Hyde from Lives visited Siren FM to talk about what the charity does and to explain their project. Essentially Lives need to fundraise almost a million pounds a year to keep running and Steve thought a recipe book would be a good way to raise some money. He approached Chris Strawson, who works for local printing company DPS Printing, and he had the idea to fill the recipe book with dishes from restaurants and cafes from around the county.

You can listen to that interview on Food for Thought from last summer here.

It was after that meeting that Sam Pidoux, who regularly helps out on Food for Thought, came up with the idea to submit some of our own creations to the book. Sam came up with gluten free chocolate brownies made using beetroot as one of the ingredients so the pressure was on to come up with something good.

Usually when I am baking I will follow recipes but I couldn’t submit someone else’s recipe and pretend it was my own. There was one cake that I had come up with myself for my Dad’s birthday. He loves those chocolate and lime sweets and I wanted to use those flavours in a cake. After some experimenting with how to use lime in cakes, I created a delicious chocolate and lime marble cake. The recipe was different and something special to me so I thought it was a good choice for the book.

In early December Lives and DPS Printing held a party at the Electric Bar in the centre of Lincoln to celebrate the launch of the book. It was my first chance to see the book and I was very impressed. It was great to see people interested in my cake and to see all the other dishes that were in the book.

You can pick up a copy of Cooking to Save Lives from a few local cafes and restaurants including Angel Coffee House, Burton Road Chippy and The Old Stables. Alternatively you can buy the book online as well on the Lives website. 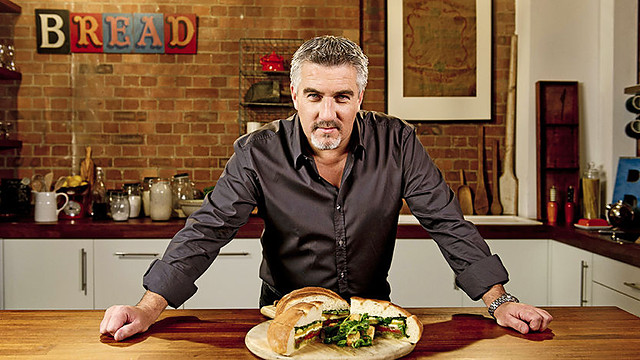 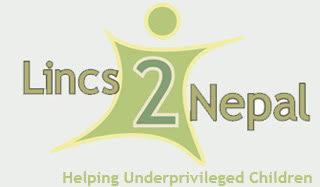 I use this radio show to find out about some of the best food that Lincoln has to offer. Sometimes though the purpose of a cafe is more than to make good food but also to try and help out others. This is the message of Cafe@Lincs2Nepal and I met up with the owner Garry Goddard to find out more. Also there are some more recipes for you to try out this week.

Listen to this week’s podcast below: 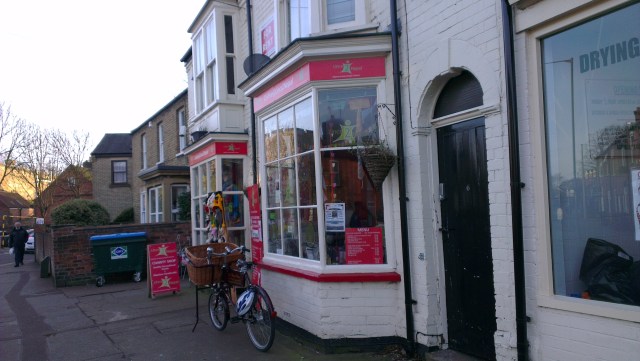 Cafe@Lincs2Nepal is not run for profit so everything raised goes towards helping under-priveledged people in Nepal. The cafe, which is on Burton Road in Lincoln, does seem very far away from Nepal but there is a good reason for the charitable efforts. The owner Garry Goddard spent some time in Nepal and after what he saw felt as if needed to do something to help out.

The cafe is the most recent way for Lincs2Nepal to help out the people of Nepal. There is already a small shop which sells Nepalese crafts. The cafe is also completely vegan friendly. Garry started off by talking about the recent opening of Cafe@Lincs2Nepal.

You can listen to the interview with Garry, in full, below:

This week’s recipes include chicken teriyaki and toffee muffins. You can hear the recipes scattered throughout the show and find the details online.

It isn’t a authentic Chinese recipe, nevertheless it is a delicious dish and only needs a few ingredients.

You can check out the recipe and a video guide here.

These muffins aren’t too sweet, instead they use fudge pieces to add a nice gooey centre.

You can check out the recipe and a video guide here.

In the meantime you can listen to the show live with songs and on the radio every Wednesday at 2pm on Siren FM.

In the second episode of Food for Thought I speak to Pauline Moore who runs the Greenhouse Coffee Shop as well as trying out how to make a three course meal that you could try for yourself at home.

Listen to this week’s podcast just below:

Burton Road, which is just beyond the famous Steep Hill of Lincoln, is home to the Greenhouse Coffee Shop. Pauline Moore’s cafe is a little different to what you would expect as she serves up hearty portions of curry as well as a huge variety of cheesecakes. In our conversation Pauline and I speak about what it is like to get people in Lincoln trying out different places by trying out special evenings and using Twitter.

You can listen to the interview with Pauline from the Greenhouse Coffee Shop, in full, below:

Also on the programme is some recipes for a three course meal spread out amongst the show. If you want more information then you can follow these easy recipes.

These dough balls can be made quite easily earlier in the day and then just need to be warmed up and covered in heated garlic butter.

You can find the recipe and a video guide here

It is a really simple recipe but very yummy and can be made really quickly. And of course the meal has bacon in it which is a guaranteed success.

You can find the recipe and a video guide here.

These brownies are delicious and very chocolatey, and of course there will be plenty left over to spread across the whole week and not just one meal.

You can find the recipe and a video guide here.

In the meantime you can listen to show every Wednesday at 2pm on Siren FM.